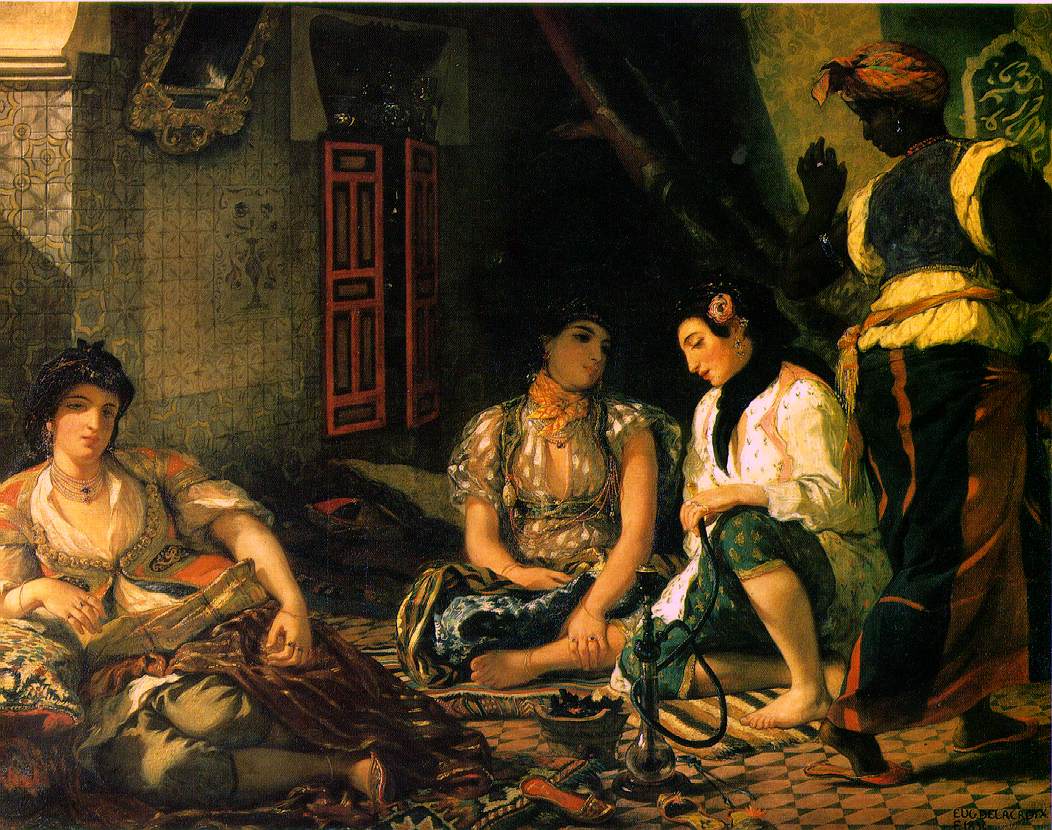 Cezanne said “You can find us all in Delacroix,” and this fascinating exhibition brings together artists as diverse as Renoir, Monet, Cezanne, Van Gogh, Gauguin, Singer Sargeant, Redon, Moreau, Signac, Fantin-Latour, Matisse and Kandinsky, displaying their work side by side with parallel Delacroix works, to show how deeply he influenced his contemporaries and those that came after, and the resulting trajectory towards what we call modern art.

His famous visit to Algeria and Morocco in 1832 not only affected his own painting for the rest of his life, but encouraged many other painters to travel there, including Renoir, Matisse, Klee and numerous others. Delacroix saw North Africa as “living antiquity” enabling him in imagination to also access the world of Ancient Greece and Rome. The numerous sketches he made there were to inspire many of his paintings even 20 years later such as “A Moroccan mounting his horse” of 1854. Interestingly, he painted his controversial “Death of Sardanapalus” at least 4 years before he travelled to North Africa; he had already been exploring the emotional and visual possibilities of “Orientalism” through his imagination.

A passion for orientalism was not the only impact on fellow painters, he also was a major father of Romanticism, using literary works by Oriosto, Byron and Dante to inspire numerous paintings.

What was also influential was his tendency “to give full play to the imagination”, distorting anatomy, heightening colours, in other words a precursor of so many movements like expressionism, fauvism, symbolism. His love of painting a work in one burst of inspiration, at one sitting, ‘au premier coup’, was taken up by the impressionists and artists such as Van Gogh.

And finally he encouraged the visual arts to break totally free, when he said, “everything is a subject; the subject is yourself.” A thoroughly modern master.

Delacroix and the Rise of Modern Art, National Gallery. Until 22 May 2016.